Anthony Seckerson was probably the person who came up with the modern concept of “Born again Christian”. The Methodist Journal of January 1824 in a commentary from a fellow preacher relates that “Mr Seckerson spoke of being born again, I was astonished at the expression as I had never heard it before”.

He became a Methodist Preacher and the following obituary is taken from the Methodist Journal:
ANTHONY B. SECKERSON. He entered upon the itinerant work in the year 1793, and continued to travel for thirty-five years, when he became a Supernumerary, and resided chiefly in Bristol. Through the entire course of his public labours, he maintained an irreproachable character, and the esteem in which his friends held him, as a truly good man, increased to the last. He was a diligent student of the Holy Scriptures; and the fruits of his diligence appeared in his instructive and edifying ministry. His preaching was intelligent, judicious, pointed; and many of his sermons were beautiful elucidations of Scripture, applied to the best practical uses. Under the infirmities of age, in the meeting of classes, and in pastoral visitation of the sick and poor, he laboured faithfully to the end of his life.

While in London, attending the last Conference, in crossing one of the streets he was thrown down by a carriage, and taken up in a state of insensibility. Though he seemed to recover, yet he received an injury which hastened his end. “You are upon the rock, Mr. Seckerson,” said one of his friends a little while before his death. “Yes, Sir,” said he, “and I feel I have firm footing.” He died October lst, 1834. 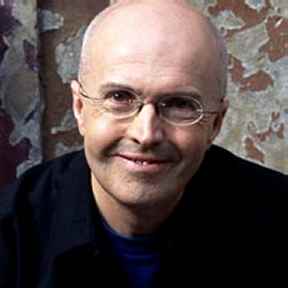 Writer and broadcaster Edward Seckerson
is chief classical music and opera critic for The Independent. He wrote and presented the long-running BBC Radio 3 series Stage & Screen, in which he interviewed many of the most prominent writers and stars of musical theatre. He appears regularly on BBC Radio 3 and 4. On television, he has commentated a number of times at the Cardiff Singer of the World competition. He has published books on Mahler and the conductor Michael Tilson Thomas, and has been on Gramophone Magazine’s review panel for many years. Edward presented the 2007 series of the Radio 4 music quiz Counterpoint. He has interviewed everyone from Leonard Bernstein to Liza Minelli; from Paul McCartney to Pavarotti: from Julie Andrews to Jessye Norman.

John was born in March 1541 Nantwich, Cheshire, England and had a twin brother Rodger

John was a famed bearward, supplying bears from his inn in Nantwich. He was probably the Earl of Derby’s bearward, and is documented as John Sekerston (Liverpool, 1574-5), John Sakarston (Bristol, 1579-80), or Sackerson (Coventry, 1584). The name was also associated with a famous bear of the time. In Shakespeare’s The Merry Wives of Windsor, Slender, in an attempt to impress Anne Page, professes to be fond of bearbaiting, and unafraid of the bears, claiming to “have seen Sackerson loose twenty times, and have taken him by the chain”.

John died in 1595 and was buried at Nantwich on the 9th July, the entry in the parish register records him as being ‘of the Beare’